The Future of Democracy, Part 1: Counting the Vote

An in-depth conversation on the voting, voter rights, and who is (and isn’t) counted in the process, with ERIN GEIGER SMITH, author of Thank You For Voting: The Maddening, Enlightening, Inspiring Truth About Voting in America, and
GILDA R. DANIELS, author of Uncounted: The Crisis of Voter Suppression in America. Hosted by Gary Kenton, founding member of Democracy Greensboro. 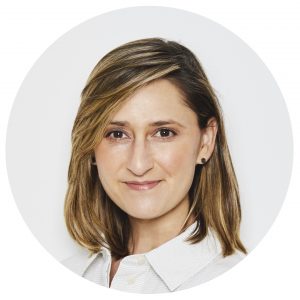 THANK YOU FOR VOTING started as a side project for Geiger Smith. Like so many fellow Americans navigating the post-2016 landscape, she wanted to better understand the electorate. But how? “I’ve never wanted to cover politics directly, so I was struggling to find a way to write about the ONE BIG STORY that was happening,” she recalls. “And then one fall day I was scrolling through Instagram and saw a clip of Reese Witherspoon interviewing Ann Patchett, and Ann said she was working on a non-fiction book about women and voting. I immediately knew I wanted to be involved in some way.” Initially tasked with research by the New York Times bestselling author, Geiger Smith quickly became obsessed with the project. At Patchett’s suggestion and with her blessing, Geiger Smith took the book over as her own.

ERIN GEIGER SMIITH is a journalist who has written for publications including The Wall Street Journal and The New York Times. She graduated from Columbia’s Graduate School of Journalism, The University of Texas School of Law, and the University of Texas at Austin, and worked at Business Insider and Reuters covering legal news. She is also the author of Thank You for Voting Young Readers’ Edition (HarperCollins; On Sale: June 16, 2020; Hardcover). She lives in Manhattan with her husband and son. For more information, please follow @erin_gs on Twitter or @egs and @thankyouforvoting on Instagram. 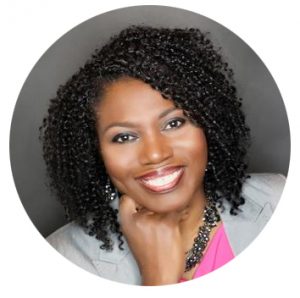 UNCOUNTED An answer to the assault on voting rights—crucial reading in advance of the 2020 presidential election. Uncounted examines the phenomenon of disenfranchisement through the lens of history, race, law, and the democratic process. Gilda R. Daniels, who served as Deputy Chief in the United States Department of Justice Civil Rights Division and more than two decades of voting rights experience, argues that voter suppression works in cycles, constantly adapting and finding new ways to hinder access for an exponentially growing minority population. She warns that a premeditated strategy of restrictive laws and deceptive practices has taken root and is eroding the very basis of American democracy—the right to vote!

GILDA DANIELS is an Associate Professor at the University of Baltimore School of Law and the Director of the multi-racial civil rights organization Litigation for Advancement Project’s National Office.  She is a nationally recognized voting rights and election law expert.  She served as a Deputy Chief in the Department of Justice, Civil Rights Division, Voting Section under the Clinton and Bush administrations.  Professor Daniels has two decades of litigation, negotiation and consulting experience in the substantive

voting rights area.  She has investigated, negotiated and litigated cases involving the Voting Rights Act of 1965, the National Voter Registration Act and other voting statutes.  Prior to beginning her voting rights career, Daniels was a staff attorney with the Southern Center for Human Rights representing death row inmates and bringing prison condition cases in Georgia and Alabama. She clerked in the United States Circuit Court of Appeals, Eleventh Circuit with the Honorable Joseph W. Hatchett and is a graduate of New York University School of Law, where she was a Root Tilden Scholar.