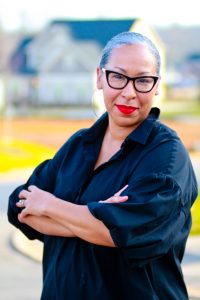 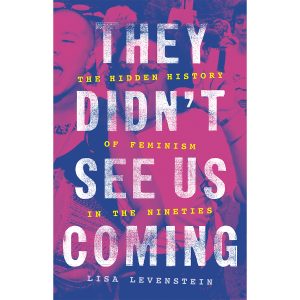 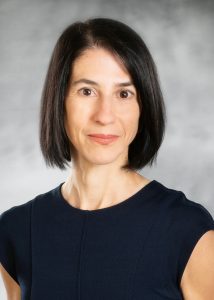 Join the discussion with SHANNA GREENE BENJAMIN and LISA LEVENSTEIN  about memory, the public persona and the private individual, the biographer/historian’s relationship to her subject(s), and the intersectionality of sexism, racism, and economic inequality. Benjamin’s Half in Shadow gives a full and surprising picture of the life of Nellie Y. McKay (1930-2006), an American literary scholar best known for her collaboration with Henry Louis Gates, Jr. on The Norton Anthology of African American Literature. McKay, a Black working-class woman, kept much of her private life in secret, creating a public persona as one of many strategies she used to navigate the primarily white male American academy while simultaneously lifting up Black scholarly and literary voices in the academy. Levenstein’s They Didn’t See Us Coming: The Hidden History of Feminism in the Nineties takes a closer look at a time when many (including the cover of Time magazine) declared feminism dead. Instead, Levenstein uncovers a vital (and overlooked) transition period when multiracial and grassroots organizers across the globe (re)shaped the women’s movement. Hosted by ANN CAHILL.  [rsvp required; see below]

DR. SHANNA GREENE BENJAMIN  is a biographer and scholar who studies the literature, lives, and archives of Black women. Dr. Benjamin earned her Ph.D. in English and M.A. in Afro-American Studies from the University of Wisconsin-Madison; she received a B.A. in English from Johnson C. Smith University—a historically Black college in Charlotte, North Carolina.  She is also a Mellon Mays undergraduate fellow who now serves on the UNCF/Mellon Board of Advisors. Dr. Benjamin currently lives with her family in Charlotte, North Carolina.
Authors Website

DR. LISA LEVENSTEIN is Director of the Women’s, Gender, and Sexuality Studies Program and Associate Professor of History at UNC Greensboro. Her first book, A Movement Without Marches, won the Kenneth Jackson Book Award. She lives in Chapel Hill, NC.
Author Website

DR. ANN CAHILL is a professor of philosophy at Elon University. Her research interests lie at the intersection of feminist theory and philosophy of the body, and her scholarship has addressed topics such as sexual assault, miscarriage, beautification, and sex work. Her forthcoming book, Sounding Bodies: Identity, Injustice, and the Voice, co-authored with Christine Hamel, explores the social, political, and ethical meanings of voice as human-generated sound.