Tar Heel Lightnin’: How Secret Stills and Fast Cars Made North Carolina the Moonshine Capital of the World 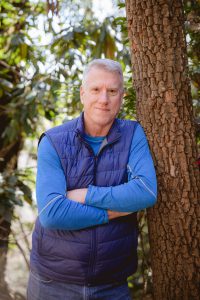 Pour yourself a drink and join Kathleen Purvis as she chats with Daniel S. Pierce about his latest book, Tar Heel Lightnin’: How Secret Stills and Fast Cars Made North Carolina the Moonshine Capital of the World.

Get your copy at Scuppernong Books, and grab Kathleen’s Distilling the South: A Guide to Southern Craft Liquors and the People Who Make Them while you’re there!

From the late nineteenth century well into the 1960s, North Carolina boasted some of the nation’s most restrictive laws on alcohol production and sale. For much of this era, it was also the nation’s leading producer of bootleg liquor. Over the years, written accounts, popular songs, and Hollywood movies have turned the state’s moonshiners, fast cars, and frustrated Feds into legends. But in Tar Heel Lightnin’, Daniel S. Pierce tells the real history of moonshine in North Carolina as never before. This well-illustrated, entertaining book introduces a surprisingly varied cast of characters who operated secret stills and ran liquor from the swamps of the Tidewater to Piedmont forests and mountain coves. From the state’s earliest days through Prohibition to the present, Pierce shows that moonshine crossed race and economic lines, linking men and women, the rebellious and the respectable, the oppressed and the merely opportunistic. As Pierce recounts, even churchgoing types might run shipments of “that good ol’ mountain dew” when hard times came and there was no social safety net to break the fall.

Folklore, popular culture, and changing laws have helped fuel a renaissance in making and drinking commercial moonshine, and Pierce shows how today’s producers understand their ties to the past. Above all, this book reveals that moonshine’s long, colorful history features surprises that can change how we understand a state and a region.

DANIEL S. PIERCE  the author of six books, including Real NASCAR: White Lightning, Red Clay, and Big Bill France. He serves as Interdisciplinary Distinguished Professor of the Mountain South and resident professional hillbilly at the University of North Carolina Asheville where he teaches courses on the South, Appalachia, North Carolina, and the National Parks.

KATHLEEN PURVIS is a James Beard Award nominated author and food journalist with an impressive resume of publications, including Our State Magazine, the Charlotte Observor, Garden & Gun, Southern Living, and she was listed Saveur’s 10th Annual  “Top 100”. Her books include, Distilling the South: A Guide to Southern Craft Liquors and the People Who Make Them (UNC Press, 2018).

RECIPES FOR YOUR PLEASURE