A Conversation with Emily Nemens, author of The Cactus League 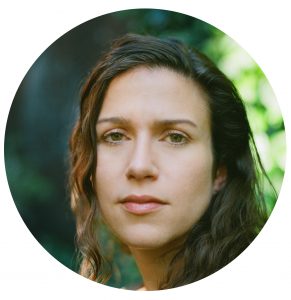 Join us for a conversation with Emily Nemens, author of The Cactus League. Get your copy at Scuppernong Books!

EMILY NEMENS, The Cactus League
Jason Goodyear is the star outfielder for the Los Angeles Lions, and he’s coming apart at the seams. Moviestar handsome, paparazzi famous, and spectacularly talented, Goodyear is stationed with the rest of his team in the punishingly hot Arizona desert for their annual spring training. As the weeks before the season crawl on, and Goodyear’s cracks begin to show, the coaches, writers, wives, girlfriends, criminals, and diehard fans following his every move are eager to find out what, exactly, is wrong with their star player—as they hide secrets of their own.

Humming with the energy of a ballpark before the first pitch, Emily Nemens’s The Cactus League unravels the tightly connected web of people behind a seemingly linear game. Narrated by a wisened sportscaster, Goodyear’s story is interspersed with tales of Michael Taylor, a batting coach trying to stay relevant; Tamara Rowland, a resourceful spring-training paramour, looking for one last catch; Herb Allison, a legendary sports agent grappling with his decline; and a plethora of other richly drawn characters, all striving to be seen. As Opening Day approaches and Goodyear’s secrets emerge, he risks taking down not only himself, but everyone around him.

Anchored by an expert knowledge of baseball’s inner workings, The Cactus League is a propulsive and deeply human debut that captures a strange desert world both exciting and unforgiving, where the most crucial games are the ones played off the field.

Emily Nemens is a writer, illustrator, and editor. Her debut novel, The Cactus League, was published by Farrar, Straus & Giroux in February 2020.

In 2018, Nemens became the seventh editor of The Paris Review, the nation’s preeminent literary quarterly. Since her arrival, the magazine has seen record-high circulation, published two anthologies, produced a second season of its acclaimed podcast, and won the 2020 National Magazine Award for Fiction. Previously, she coedited The Southern Review, a storied literary quarterly published at Louisiana State University. Stories published during her tenure at The Southern Review were selected for the Pushcart Prize anthology, Best American Short Stories, the O. Henry Prize anthology, and the inaugural edition of PEN America Best Debut Fiction.

Nemens grew up in Seattle and received her bachelor’s degree from Brown University, where she studied art history and studio art. She completed an MFA degree in fiction at Louisiana State University. As an illustrator, she’s collaborated with Harvey Pekar, published her work in The New Yorker, and her watercolor portraits of every woman in congress were featured across the web and on national TV. Her short stories have appeared in Blackbird (Tarumoto Prize winner), Esquire, n+1, The Iowa Review, Hobart, and The Gettysburg Review. She lives in New York and remains a Mariners fan. 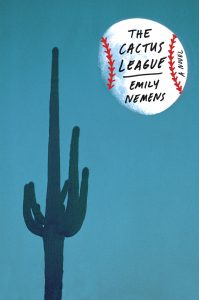