Join us in our continued conversation on the 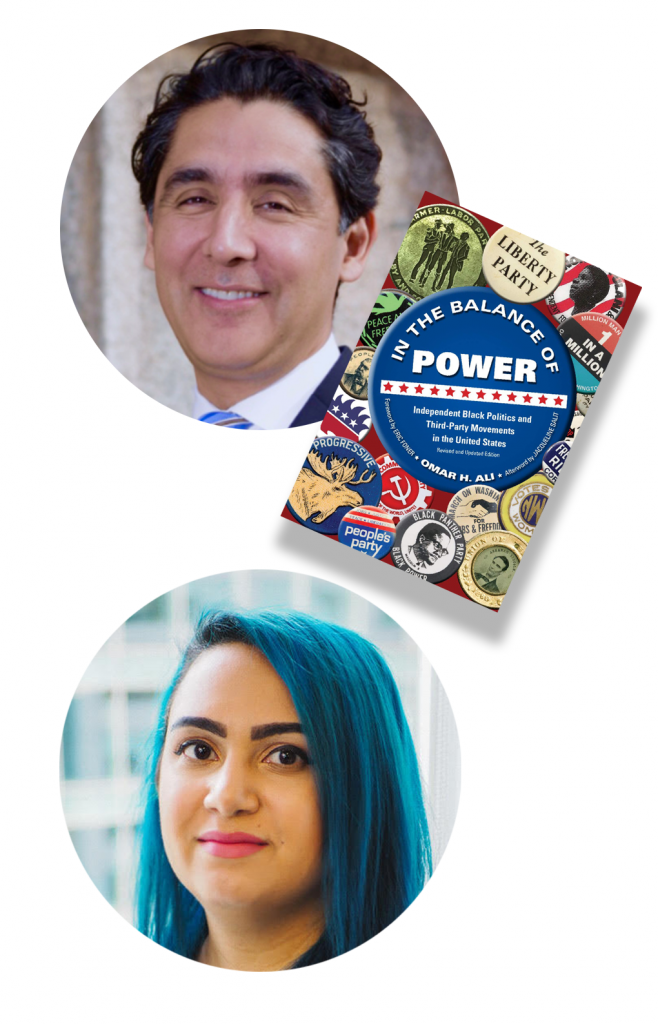 state our democracy, and how African Americans have used  multiple independent political tactics and strategies to expand democracy and uphold civil and political rights since the founding of the nation.

DR. OMAR ALI is dean of Lloyd International Honors College and professor of global and comparative African diaspora history at The University of North Carolina, Greensboro. His latest work is the revised and expanded edition of In Balance of Power: Independent Black Politics and Third-party Movements in the United States. A graduate of the London School of Economics, he received his Ph.D. in history from Columbia University and was named the Carnegie Foundation North Carolina professor of the year.

This new edition of Ali’s groundbreaking In Balance of Power includes an epilogue by independent political analyst and leader Jacqueline Salit. New material addresses the historic presidencies of both Barack Obama and Donald Trump, as well as the rising tide of independent and anti-party sentiments.  Get your copy at our independent bookseller partner, Scuppernong Books!

Dr. Ali is joined by host LEKHA SHUPEK. Lekha is the North Carolina State Director for  All On The Line, a grassroots campaign to bring citizens across every issue together to win on redistricting in 2021. In this role she writes on redistricting policy, leads public education initiatives, and pulls together broad coalitions to fight for Fair Maps. She has a deep commitment to social justice work and previously served as Statewide Campaigns Manager for the ACLU of North Carolina. She also holds a Ph.D. in History from UNC Chapel Hill and a J.D. from Duke University School of Law.