AUGUST 20
Topic:  What would ideal criminal justice reform look like?
Discussion: People often throw around the term “criminal justice reform,” but what exactly does that mean? We will discuss the concept of “restorative justice,” which focuses not just on punishment, but on repairing the harm caused by criminal behavior. Often this means bringing victims, offenders and the community together to create solutions that offer repair and closure and accountability. What can ordinary citizens do to support restorative justice or criminal justice reform efforts in their communities?
Special Guest: Jon Powell, Director of the Restorative Justice Clinic at Campbell University + co-author Michael J. Braxton, aka Alim

Get your copy of Tessie’s Crimson Letters: Voices from Death Row at Scuppernong Books. 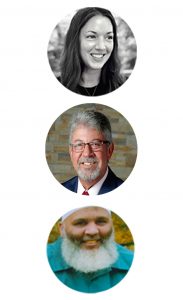 MICHAEL JEROME BRAXTON, also known as Alim, is a rapper and spiritual leader on North Carolina’s Death Row. A reformed prisoner known as Rome Alone in the rap world, he has the distinction of being the only rapper in the world to release music from Death Row.  He is a contributing playwright for “Serving Life”, a play about the inner thoughts of men facing the death penalty. He is also a recording artist with several artist with several songs currently on Sound Cloud.  https://soundcloud.com/rromealone  He has an upcoming album entitled, “Mercy On My Soul”. He serves as Iman and spiritual leader for the Muslim Men of Central Prison’s Death Row. You can find him on Facebook, YouTube, and Instagram at @rromealone